Capital Club 16 is a community restaurant and gathering place in Raleigh, North Carolina that has been open for over 12 years. It offers traditional American meals with German/European influences, using local and seasonal ingredients, and is located in the historic Capital Club Building. The restaurant’s decor is inspired by the building’s history and features chairs from NYC’s Horn & Hardart automat, a bar and backbar handmade from reclaimed wood from the world famous Luchow’s restaurant in Manhattan, and tables and a bar top milled from old growth heart pine reclaimed from 19th century Neuse River docks. It is owned by husband and wife Jake and Shannon Wolf, with Chef Jake having extensive culinary experience and Shannon working in television and production.

Jake Wolf is an accomplished chef and restaurateur with a passion for food and cooking. He began his culinary journey at a young age, working in his family’s restaurant, Lobos, in Connecticut. From there, he went on to study at the renowned Culinary Institute of America in New York, where he honed his skills and learned from some of the best chefs in the industry.

Throughout his career, Jake has gained a wealth of experience by working in a variety of restaurants, from the Pinehurst Members Club in North Carolina to hotels in Germany, and finally Manhattan’s Lower East Side. These experiences have allowed him to master both fine dining and local fare, giving him a diverse culinary background that is evident in the menu at Capital Club 16, his restaurant located in Raleigh, North Carolina. Jake has been the chef and proprietor of this restaurant for the past decade, delighting customers with his innovative and flavorful dishes that are influenced by both traditional American and European cooking techniques, as well as his family’s recipes. 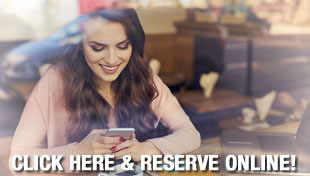